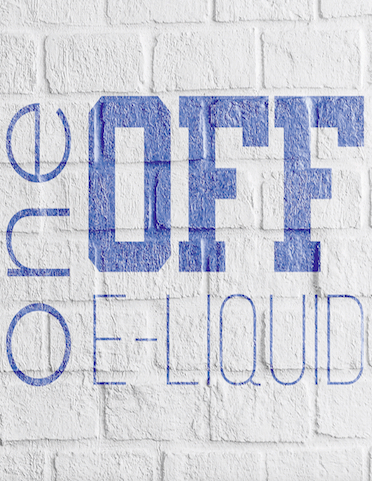 It is National Non-smoking week in Canada. A week dedicated to encouraging, aiding, and assisting smokers with quitting. In Canada we’ve noticed that the majority of those in the smoking cessation field promote only approved nicotine replacement therapies as options to the smoker, ignoring vaping as an option. Quit ourway or die seems to be the message.  Why have they removed this successful tool from their tool box? Because electronic cigarettes are not made by the pharmaceutical companies that many of them have close affiliations with.  They were created by smokers for smokers.

The leading cause of death of Canadians is tobacco-related disease caused by tobacco combustion. Each day, 100 Canadians lose their lives to these tobacco related diseases, yet a product that delivers the nicotine without the combustion and which has a proven ability to help smokers stop is being attacked by tobacco control members. In a recent presentation at the Ottawa Smoking Cessation Conference Professor Stanton shared many of his controversial views on e-cigarrette use.  When Glantz was challenged to substantiate his research by several vapers on Twitter, conference chair Dr. Andrew Pipe sent a tweet stating “Feeding trolls: "When you fight in the mud with pigs, you both get dirty...and only the pig enjoys it!" anon"

I have to ask; why are Tobacco Control zealots being listened to when they clearly hold a disregard for vapers and present such an unbalanced message about vaping?   Advocates like Glantz have been working hard to discredit the capability that electronic cigarettes have, but it’s time to call into question their own credibility. Glantz and others at the Johnson and Johnson sponsored conference listed affiliationsmany of which are with pharmaceutical companies and groups funded by them.

They have used their authority and history in tobacco control to influence governments across Canada to create prohibitive regulations that are not only harmful to Canadian smokers but challengeable under the Charter of Rights and Freedoms. Just today theCouncil of Chief Medical Officers of Health sent a releasewith demands to provincial regulators that would effectively remove vaping products from the Canadian market.

Ignoring the success of smokers making the switch is repugnant. Sensible regulation development must include the end-users; however, it appears that some anti-tobacco people have created a moral panic that has seen governments across our country cower to fear instead of standing up for science and the rights of Canadian vapers and smokers.

Now is the time to have a balanced conversation on vaping because our governments are proposing new rules that will make vaping less attractive, less affordable, and less accessible than cigarettes. What happens then? People go back to smoking; Bad policy coupled with anti-vape hysteria is forcing Canadians to return to smoking. If you don't believe me, you should.

Vilifying vaping encourages smokers to continue to smoke, rather than give vaping a try.

Without proper consultation with consumers, the manufacturers, and the shop owners, mistakes are made, and lives are lost. Tobacco control dogmatists across this country are leading the narrative that vaping should be restricted like tobacco. Vaping isn’t tobacco. It is the antidote, not the disease vector.

It’s time that we take a different approach to vaping; the abstinence-only way is not working.

To that end, I will close by sharing a quote from Sir Winston Churchill,

I am fond of pigs. Dogs look up to us. Cats look down on us. Pigs treat us as equals. Well Tobacco control, it’s time to stop acting like cats and be proud, humble pigs with the rest of us, take a moment get in the mud and work with us, not against us.